Visited by no less than 65.2 million persons each year, New-York City is a vibrant city that many dreams of visiting at least once in their life; the Big Apple is where many famous TV shows such as Friends, Sex and the city and Gossip Girls and more were shot which all made us want to visit.

I compiled 20 Photos Of New York City To Inspire Your Next Trip from my two trips to New York City in summer and winter, which made me see two aspects of the city!

New York was one of my 25 places to visit before 25; for me, New York is that one place I would always see in movies, so of course, I was intrigued by it and wanted to see this by myself.

I travelled from Paris CDG to New York JFK with XL Airways; it was okay, not the best flight but not the worst.

On our second trip earlier this year in February 2020, we travelled with American Airlines and British Airways on the way back; both were fine.

Where We Stayed In New-York

For our accommodation, we chose to stay at the Howard Johnson by Wyndham in Long Island City. I got to admit I’m a bit mixed on this stay. The hotel wasn’t bad by any means, it was clean, and the bed were comfortable.
However, when you first arrive, the neighbourhood seems a little creepy, with lots of scaffolding, a half-abandoned warehouse, and whatnot. However, everyone was friendly and very helpful! It was a nice reminder not to judge too quickly. Our hotel was also super close to transportation; we were only 5min away from a subway station and could go fast wherever we wished to.

So, it is being cheap and us being kind of lazy to look up for more expensive accommodation in Manhattan or Brooklyn, we decided to stay there again on our second trip this winter.

20 Photos Of New-York City To Inspire Your Next Trip

I am by no means an expert on New York City, quite the opposite. To be honest, our schedule and itinerary were a bit chaotic the first time, but we managed ourselves better the second time!
If I were to title this post something else, it would probably be along “What Not To Do in New York.”

Although I still do have a few recommendations!

Alright time to jump into my 20 Photos Of New York City To Inspire Your Next Trip. From my first time in New York and the United States, as I stated before.

Let’s kick off with the obvious, the one thing that defines every city and catches people attention: the landmarks.

Here is a list of the non-exhaustive landmarks and must-see in New York on your trip to the big apple:

I have a question for all of you New-Yorker, what’s the deal with your Subway?
I mean express line or line that randomly changes. It’s a challenge to get from one place to another if you don’t stay focused or if you’re not aware that after 9 pm, the stops may change or whatnot! Why does it have to be so complicated when it could be so much easier?

I took my son to Coney island, I said “wanna go in the crazy house?”, he said “save your money we’ll be home soon”!

The Brooklyn Bridge spanning the East River between the boroughs of Manhattan and Brooklyn, built-in 1883, is a great spot to check out during your first visit to New York City to walk from one borough to another and get a beautiful view of Manhattan from Brooklyn.

Brooklyn, aka the neighbourhood I loved exploring the most in New York City.

Alright, for my fifth highlight of this list, I want to tackle something significant, food!
I quickly mentioned it above when I said how diverse NYC is on various levels, but I wanted to make a whole point!

Because yes, food is that important. At least it is always a big thing to me during all my travels, and I am pretty sure it is also to many people.

Eating your way through a city is one of the best ways to discover it, right?
I had some of the best sushis at all you can eat.
A fantastic burger at Five Napkins.
A delicious cookie from Levain Bakery.
And some cute art cold tea at “Sweet Moment”.
New York City is full of good food and cuisine from all around the world.
Also, I have to mention Shake Shack because I so wish we had it here in France.

If there is one place you have to walk by during the summer, it is the Highline; it is such a refreshing place to walk or have a drink and chill in one of the many bars and restaurants underneath the 2.33 km long former rail trail of New York Central Railroad.

I wouldn’t recommend that one chaotic place, but I think everyone has to experience it at least once when visiting New York City.
It’s overwhelming; it’s colourful, it’s loud, it’s crowded and pretty unique. I mean, it’s that one place you see in so many American movies, which make it fun to see the real thing for yourself if you visit New York City.

Granted, it’s full of tourists traps, but experiencing it one time is fun nonetheless. There is also a Disney store there for all the Disney fans out there!

Alright, so I know I already wrote about central Park under the #1 of my highlight, but can we take a moment to talk about it more in-depth?

I mean, it’s quite a fantastic thing in itself, I think. And it is so vast that you can’t just talk about it in two sentences. It’s also so vast to explore, and it takes so long!

The contrast between nature and the concrete right in the heart of the city is incredible. Although, if you look at it from another point of view, the town surrounding nature can be saddening. But I digress.

Something that I love in every city I visit! It’s always super interesting to see the street art scene in every town around the world!

And the best part about it is that it’s everywhere! You don’t have to work up a specific itinerary to see some street art; it can be found randomly and when you least expect it!

Of course, if you want to, you can find plenty of resources that will tell you where to see the best street art pieces in New York City.

New York City skyline is pretty famous, and rightfully so, there is something quite soothing when you look at it from a distance, which might sound odd as New York city is quite chaotic and always on the move.

Of course, just like many places in the city, the NYC skyline near DUMBO is pretty much the perfect spot to take Instagram photos. Well, there are many Instagram worthy spots around the area.

In conclusion, I think even though it was our first time in NYC, 10 days felt a little long; I would say that about 6 days would have been enough to cover most of the city and then you could move on to another part of New York or take some day trip to explore this state further.

I had a lot of fun despite all of our mishappens. We talked about how we should come back in the winter to experience the city for a couple of days during this trip, so that’s what we did earlier in 2020 visit New York City in Winter.
I mentioned at the beginning of this post; it felt cosier this time around as we were already accustomed to the city.

I hope you enjoyed my “20 Photos Of New York City To Inspire Your Next Trip”, and if you have already been to New York, let me know your impressions of your first time there in the comment below!

LIKE IT? PIN IT!
20 Photos Of New-York City To Inspire Your Next Trip 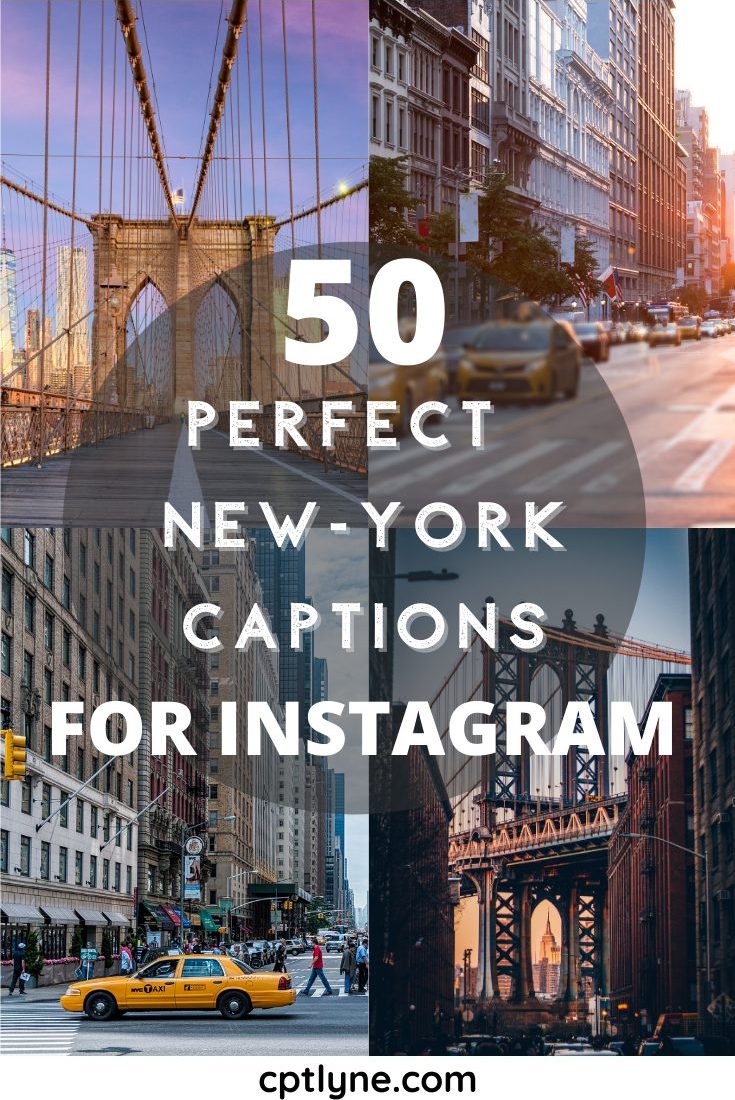 6 Paris Scams to avoid as A Tourist

60 Best Travel Quotes That Will Give You Wanderlust